“Except our own thoughts, there is nothing absolutely in our power.”

“Let the wise guard their thoughts, which are difficult to perceive, extremely subtle, and wander at will. Thought which is well guarded is the bearer of happiness”.

“The aim of education should be to teach us rather how to think, than what to think - rather to improve our minds, so as to enable us to think for ourselves, than to load the memory with the thoughts of other men.”

“Nurture your mind with great thoughts, for you will never go any higher than you think.”

“We shall require a substantially new manner of thinking if mankind is to survive.”

“What your heart thinks is great, is great. The soul's emphasis is always right.”

“Great men are they who see that spiritual is stronger than any material force - that thoughts rule the world.”

“All my life I have tried to pluck a thistle and plant a flower wherever the flower would grow in thought and mind.”

“No problem can be solved from the same level of consciousness that created it.”

“Thought once awakened does not again slumber.”

“Learning to see the structure within which we operate begins a process of freeing ourselves from previously unseen forces and ultimately mastering the ability to work with them and change them.”

“The thoughts that come often unsought, and, as it were, drop into the mind, are commonly the most valuable of any we have, and therefore should be secured, because they seldom return again.”

“Like success, failure is many things to many people. With positive mental attitude, failure is a learning experience, a rung on the ladder, a plateau at which to get your thoughts in order and prepare to try again.”

“It's the questions we cant answer that teach us the most. They teach us how to think. If you give a man an answer, all he learns is a little fact. But give him a question and he'll look for his own answers.”

“The mind, which sometimes presumes to believe that there is no such thing as a mircale, is itself a miracle.”

Trophy Hunting in the 21st Century

A few days ago I joined what tourists call a “Safari” while South Africans refer to a “game drive”. Both mean cruising around in an open off-road vehicle, looking to see wildlife. As the only person not carrying a camera and having been on game rides before, I unintentionally spent a significant amount of time doing what psychologists like to do: Thinking about people and what they are doing. 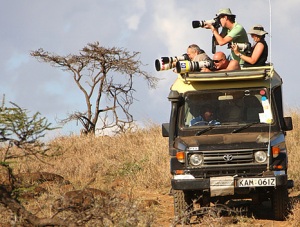 The other 16 people in our enormous vehicle were tourists excited to see for the first time “the Big Five” freely roaming the plains, the five most difficult animals to hunt in Africa.

I sat behind a group of nine middle-aged Turkish men, referring to themselves as sales representatives, behind me were some Austrians and next to me my family, on a visit from Germany. Every person in the truck was armed with a present-day weapon and when we approached an animal, everybody got nervous, moving back and forth on the benches, raising up their arms to start shooting. In front of me only heads and arms reaching for their targets. Enormous Nikon cameras with huge lenses, an iPad, cellphones and small consumer cameras, making all kinds of sounds from clicks to melodies, accompanied by nervous whispers. Everybody on the jeep was excited and took as many pictures as possible. Machine gun photography, striving for the perfect shot as the animal would move.

Well, nothing abnormal about this, is there?

Everybody is a tourist at some time and we all like to capture our nicest holiday moments by taking photos. Before we were blessed with digital cameras, we had a maximum of 36 photos per film. New technology allows us to take as many pictures as we please. It doesn’t cost anything to take them, we can see them immediately and we delete the ones we don’t like.

What bothered me about the tourists that day and about all of us in the digital era, is the flip-side of this gratifying advancement:

The safari: What happens to our experience while we are taking photos?

At the safari tour I remember, whenever we passed a species for a second time, how only a few people in the truck still bothered. A quick look was enough for some to recognize “Oooh, we saw these already”, no reason for excitement. The interest in any of the animals dropped as soon as there were a sufficient amount of photos on the memory card. Of ongoing significance were only the ones we hadn’t seen yet. When we then actually spotted the missing ones, some people were so focused on getting their best shot that they seemed to forget that the real animal was in front of the camera lens. Some completely missed the opportunity to observe directly with their eyes, without a camera between them and the target. It is such a pleasure to study the giraffe’s long legged walk, to see the details on its coat or to watch as it eats. But people want to reduce what could be an engrossing experience to a single snapshot. They spend precious time looking through the screen waiting for the perfect moment to snap or change settings hectically, zoom in and out, swap different lenses, get a different angle, play with the flash.
The subtle beauty of the moment and the environment stays undetected, concealed by the very technology that we believe will bring it closer to ourselves.

For some people on the safari tour, the main purpose seemed to be the set up of a photo compilation, comprising of the widest possible range of species. The way we take photos like this sometimes reminds me of the process of collecting something. As if we could actually make something “ours” by taking a photo of it and become more by attaining more. One could see it as a hunt for trophies. No longer are these trophies deer heads, antlers or stuffed falcons in our living room with which we hope to impress our visitors.

The representative entrance hall to our contemporary lives is located on the web and the exhibition is open to all our online contacts. This includes family, true friends, acquaintances, colleagues and a few people we actually never really liked, but know for the one or other reason. Social networks portray a kind of enduring and immense class reunion between all these contacts. It is an opportunity to present the limited, but often more ideal and shiny version of ourselves we have created on the web.

At the safari, we had gotten off the truck and walked to the lion’s camp. At the end of the tour, the guide offered a photo shoot of each person standing close to two encamped lions. Someone looked at his photo and exclaimed happily: “This is for Facebook!” I had to smile, anticipating his new profile picture and the envious comments below it. The photo will never tell the truth about these lions though, being too dangerous to roam with the other animals. Instead, they spend their lives lying bored in a small camp within a densely populated area in which the last free lion was shot in the seventeen hundreds. Photomodel is their job, a few times a day. But we as tourists don’t care. We will take the photo and upload it, just need to cut the fence off in the background. We were in Africa after all, and we saw the lions, everybody should see that. We will keep up the stereotype which we have been taught by television: people go into the “African bush” and meet the lion, like Robert Redford. That’s after all what we bought the olive-green safari-hat for.

I don’t think there is anything wrong in general with taking photos. We do so, because we want to hold on to the present that will never come back and we are afraid to forget who we once were. We wish to treasure our experiences for the future when our lives will be more ordinary again or for “one day”, when we’ll be old and needy to recall our most beloved memories. And there is nothing wrong either with sharing photos online or posting special pictures that we are proud of. In this way, we can keep people far away from us updated and enable them to participate in our lives. We want to illustrate our experiences, because what we do and who we are is special, our photos just prove it. But here are some thoughts to think about:

One day I spent a few hours in antique shops in Buenos Aires, where they sold loads of photos of people who weren’t alive anymore. Boxes and boxes full of people’s most personal memories, wedding photos, holiday experiences. Some of them had personal messages on them. They represented the treasured moments of other people’s lives and nobody cared anymore. They were empty. It made me think of the fact that it is mainly us caring about ourselves and the memories we make. Two generations down the line they will be irrelevant. It is ultimately an illusion to think that we can ever treasure or keep anything. The beauty of a moment can not be captured on a photo and the time to feel and enjoy it is always in the moment. 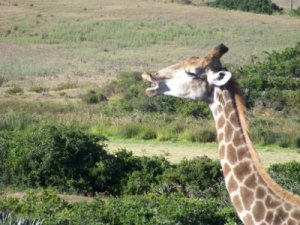 This entry was posted in Travel Thoughts and tagged awareness, photos, traveling. Bookmark the permalink.

3 Responses to Trophy Hunting in the 21st Century